‘Walking Roots’: The turnpikes change everything

Posted on August 27, 2018 by walkingworldapp 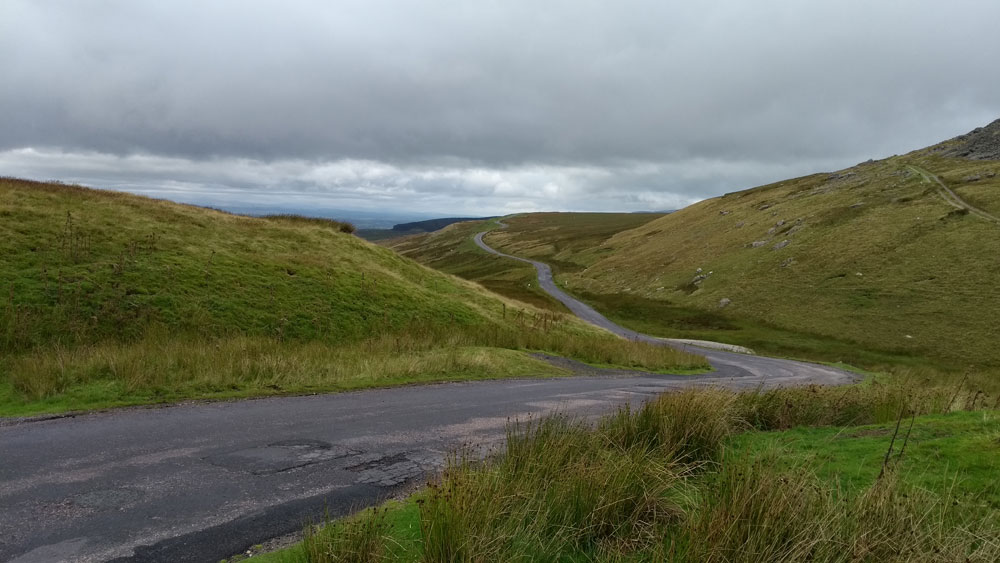 For the best part of two centuries the hamlet of High Ewebank, perched on its plateau looking out over the Eden Valley, thrived in its own small way. Throughout the 17th and 18th centuries, people living on Stainmore made a living from a combination of activities, from small-scale farming to carrying on the packhorse trails and working in the nearby coal mines. The residents of High Ewebank were no exception.

Some of the farmers on South Stainmore, in which the hamlet sat, were clearly prospering. By 1801 Edward Halliday, the tenant at New Hall and High Ewebank, had expanded his farm to around 420 acres, at an annual rent of £240. Others made do on a subsistence basis: at the beginning of this period, in 1609, one Thomas Waller left just 17 sheep from his farmstead on South Stainmore in his will, but he also had a mare and a load saddle, suggesting that he was engaged in carrying on the packhorse routes.

Whole families were engaged in earning a living as well as looking after stock and growing food. Women and children, and quite often the men too, would prepare fleeces,  spin and knit, work that was outsourced from stocking manufacturers in the valley, particularly Kirkby Stephen. A local census in 1787 found that 60% of households had at least one family member who knitted on a ‘freelance’ basis.

The Great Highway, the trans-Pennine road (now the A66) from Bowes that passed through Stainmore, brought some trade, although the town of Brough only benefited in a tangential way and continued to decline relative to its flourishing neighbour, Kirkby Stephen. There were a number of inns on the road and in the town and by 1686 Brough had some 34 guest houses (compared with 52 in Kirkby Stephen).

Many of the inns would have brewed their own beer and it is highly likely that the three established at High Ewebank did so too, to avoid carrying casks of finished ale to site. The clear spring water from the hills above – which still feed the properties at High Ewebank – should have made a fine basis for a brew.

Some of the ‘trade’ along the highway, however, was less benign. In 1683 a group of Stainmore residents set upon the unfortunate George Gosling and robbed him as he made his way along the main road. He was ordered to be paid £123. 1s in compensation. The fine had to be raised by a general levy on the parish as the group of offenders was so large – and possibly because no-one could be persuaded to point the finger. Such a lack of cooperation would have been only too familiar in other areas of the country, especially along the coastline, where smuggling was rife. In such places it was notoriously difficult to gain a conviction, as almost the whole population was in some way or other implicated in contraband.

Coal mining became more formalised as its economic importance increased. Mines were leased for periods from a few years to a couple of decades. Leases regularly changed hands and there appears to have been no shortage of local people wishing to invest, no doubt with an eye for a quick profit. Those leasing mines would have to organise everything from engaging miners to making the site safe for livestock. Taking one on would involve some careful calculations, as there was often a limit on how much could be charged for each load of coal.

Early on there was reported to be a ‘cole myne’ at New Hall on South Stainmore, possibly the one recorded in the Historic England Archive not far from High Ewebank. This may have been the mine that delivered ‘eight score and two loads of coal at 12d a load’ to Lady Anne Clifford for ‘firing my house at Appleby Castle’. This was just one month’s supply, so there was money to be made!

Other mines were further away, at Tan Hill colliery and at Kettle Pots, which overlooks High Ewebank from the other side of the valley. Many of the eighty or so inhabitants of High Ewebank must have been miners, at least for part of their time. By living at relatively high altitude their commute to work would have been much shorter than if they lived in the Eden Valley itself. Miners, especially those working the deeper lead mines, sometimes stayed in cramped huts at a mine for several days but those working closer coal seams will have undertaken a daily commute on foot of several miles. Some were able to make the time more productive by knitting stockings as they walked; the really skilled could do it with one hand.

But by the middle of the 18th century, this relatively settled way of life and traveling for the inhabitants of High Ewebank was about to end. For decades, centuries even, the trans-Pennine routes were renowned for being out of repair and in bad weather, downright dangerous. The solution, as across the country, lay in the Turnpike Trusts. These organisations were set up by Acts of Parliament and allowed roads to be improved and kept in good order through the charging of tolls, at legally sanctioned rates for different classes of traveler and transport.

The Bowes to Brough Turnpike Trust was established in 1743 and led to a substantial improvement in quality of the main road. The journey of fifteen or so miles that people had complained took thirteen or more hours was reportedly slashed to less than two. According to one account it rendered one of the inns, at Spital House near the very summit of the pass at Stainmore, ‘quite useless’. 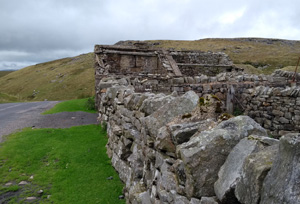 High Ewebank remained on the main coal route from Tan Hill for a further 25 years but those carting coal on pack horses along the difficult and boggy track must have compared it unfavourably with the brand new road just a few miles away and wished dearly to be able to transport their heavy loads in a wagon rather than strapped across the backs of ponies.

The Tan Hill coal road eventually arrived with a Turnpike Act in 1769. The new road couldn’t be taken through High Ewebank as the ground was considered too damp and unstable. Instead a route was planned which went straight uphill to the highest ground and then ran along a limestone escarpment well above the High Ewebank towards Tan Hill. High Ewebank was completely bypassed.

In a final blow to the settlement the new toll house was placed at the head of the Belah valley, right where the old track through High Ewebank joined the Tan Hill road. No-one would be able to use the old track and avoid paying the toll, so coming up through High Ewebank or descending through it would be of no benefit whatsoever. The toll house was also strategically sited to take tolls from anyone bringing loads from the coal seams at Kettle Pots, as the turning for Kettle Potts is just past it. 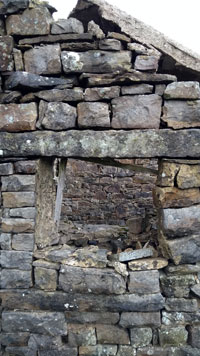 The toll house can still be seen (above and right), roofless and rather small but probably quite cosy with a fire in the grate – the chimney is still visible. A small window looks out on the road, so an eye could be kept on passing traffic.

At a stroke High Ewebank’s modest but important role in a busy transport network was stripped away. The three inns must have closed and moved almost immediately. Before long there were two inns at Barras (the name is thought to be a contraction of ‘bar-house’, although the hamlet is a few miles away from the carefully sited toll house) and another at Mousegill, capturing the trade coming from Tan Hill and heading towards Bowes.

The hamlet of High Ewebank didn’t disappear straight away but its fate was sealed. Ten years after the opening of the turnpike road a handful of miners were still recorded as living at High Ewebank, from a number of families with the surnames Alderson, Oyston, Holiday, Preston and Moore. Ten years later and there were none.

It must, eventually, have been more appealing for those households to live on the new road or even in the valley towns and to give up their properties at High Ewebank, opening the way for Mr Halliday to consolidate his holding. The heyday of High Ewebank had come and gone.

4 Comments on “‘Walking Roots’: The turnpikes change everything”